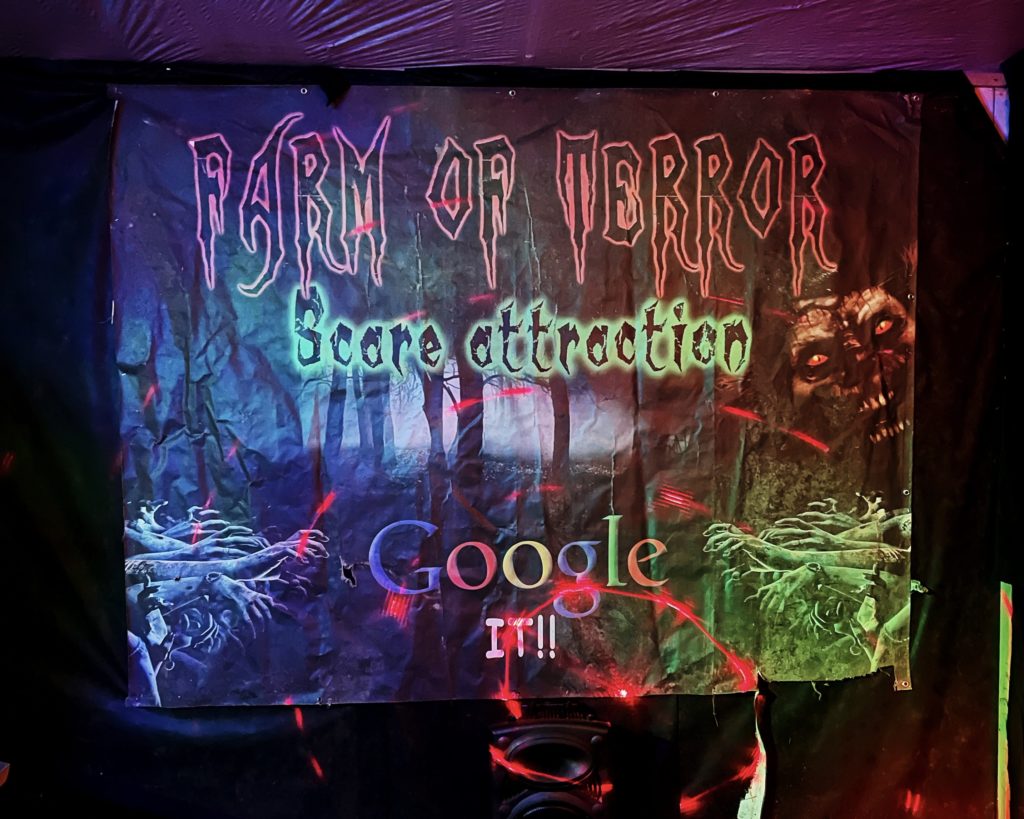 Despite running for many years now, Farm of Terror, in Bacup, Lancashire was a first time visit for us. As parking and access to the venue is limited, there was a regular shuttle bus that ferries guests from a nearby Morrisons car park to take you up to the event. We’d arrived quite late so didn’t have to queue or wait long for our bus to depart.

Again as we were one of the last few groups of the evening we didn’t have any real problem with queueing to get into the attraction. Due to this they also let everyone through in their groups with a healthy amount of time between them so that we didn’t catch up with the group in front.

What followed was a 15 to 20 minute walk through which provided a number of good scares, including a couple that we haven’t seen anywhere else. The sets and designs are quite basic, lacking the budget of bigger farm park events, but the actors put in a lot of effort and energy and managed to get quite close and touchy at times which made the scares all that more impactful.

After exiting you end up back at the entrance where there is a small bar serving drinks and snacks, and for a £5 upsell ‘Torture Chamber’. We went in fearing the worst, but we’re happy to say that it was worth it. The ‘torture’ that takes place is quite tame, but can definitely cause unease and scares if the method at the time is a particular phobia of yours. The three actors in here worked well with our group of six ad-libbing well.

Overall this was a fun, smaller, more local event. We hope that the teams ambitious plans come to fruition and look forward to see what they have in store next year.