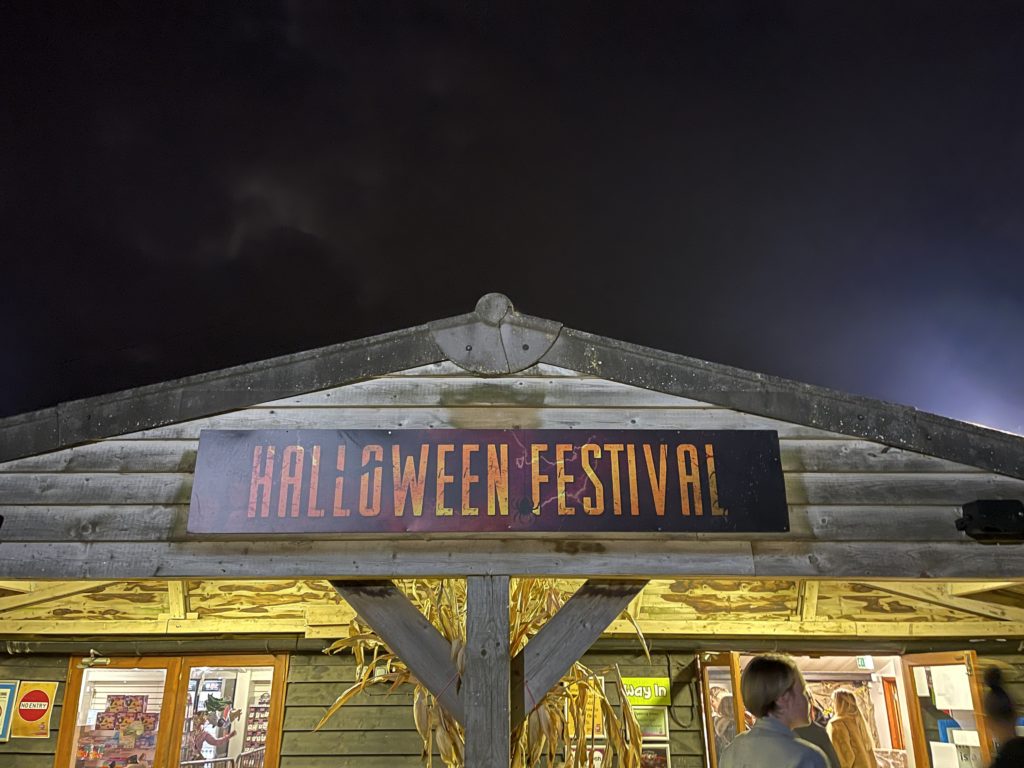 The Howl is located near Leighton Buzzard south of Milton Keynes. It’s quite a compact event with mazes all coming off a central hub where you can find a variety of food and drink options. Musical entertainment is also on offer as well as a number of roaming actors scaring people and posing for photos. The Howl definitely has a good atmosphere and is an event you can really make a night of.

Every maze at The Howl is superbly decorated with theme park level theming throughout. Each maze transports you to a different world full of exciting and interesting characters. Batching is also very good throughout and we felt actors were able to scare the front and the back of the group without trouble.

The first maze of the night was good fun. It really set the tone for the rest of the evening. Actors worked really well throughout the maze and managed to land a few solid scares. They really used the scenery well and would pop up from interesting places.

A really fun theme where the characters just want a bit of your meat. The theming works really well and characters are able to use the space to land scares effectively. There is a nice balance between scripted bits and more traditional jump scares that keeps things varied.

What a fun and enjoyable clown maze. The actors in here were on top form including one who managed to land one of the strongest scares so far this season with perfect timing in the flappy section. This energy continued throughout as we were teased by the clowns all the way to the end where one stalked us through the final scene all the way to the exit.

A really neat concept essentially telling the story of Little Red Riding Hood. Each scare was fun and worked with the storyline. Unfortunately this maze runs a little short and is over very quickly. It would be great to see an extension to this maze in future years.

As you can imagine from the name this maze has a shed like theme with lots of different farming and gardening equipment scattered around. This enabled the actors to have a lot of fun using the props to hide behind and create great impact scares. The actors would literally come from multiple angles so you never knew where you would get scared next.

The Howl is a fun event with some really nicely designed mazes that clearly have the actors and guests in mind when being created. We did find a few dead spots across the mazes that could be improved with a few more actors but saying that the actors that were in the mazes executed scares perfectly. We would recommend visiting The Howl if you’re in the area as we’re sure you will have a really fun night out.