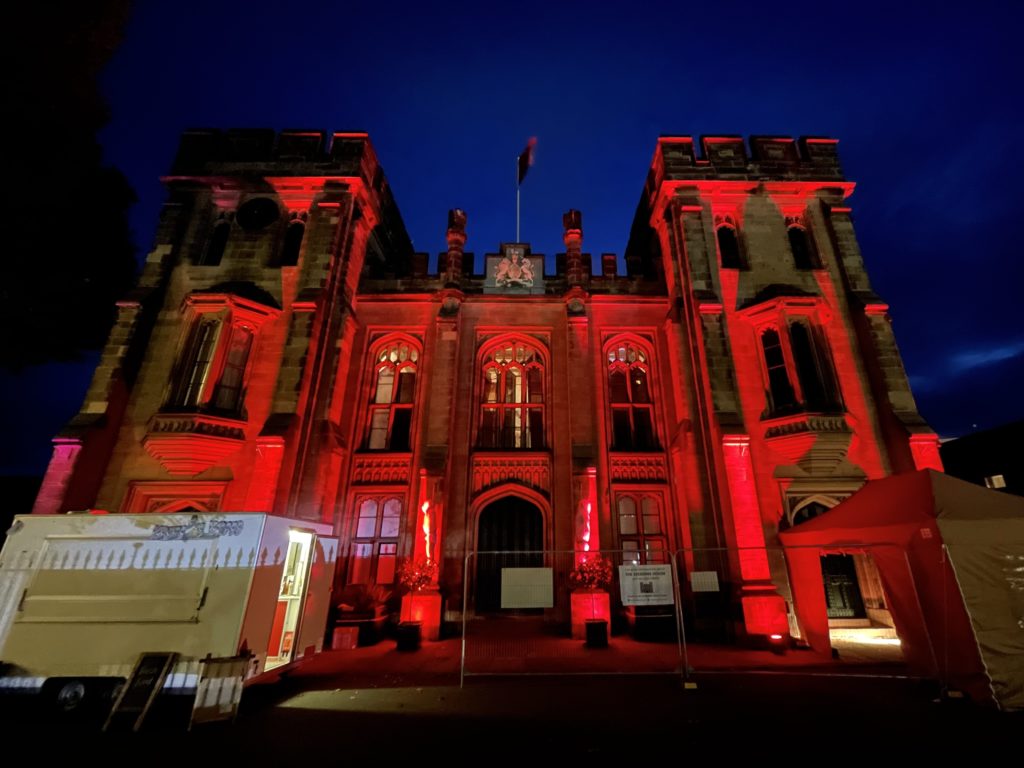 There is a new narrative that brings the scenes together so they all naturally lead on from one another creating an engaging story from start to finish.

From the moment we stepped foot into the first scene we knew that we were in for a treat. The actor in this played the role perfectly with a mixture of scripted bits and improv creating the right level of tensions that would continue throughout.

Unfortunately there was a small hiccup on our journey around the property that is of no fault of Sessions House of Horror but the fault of the group in front of us who for no apparent reason throughout the experience would stop and not continue. This meant that actors had to work doubly hard to lengthen the scenes we experienced while also trying to usher the group in front faster into the next scene. The event implements an 8 minute batching system which is more than enough time for this not to happen we just got unlucky.

Massive credit has to be given to the actors who had to deal with this group especially actors whose characters didn’t speak managing to hold us back to try and avoid the bottleneck they caused.

Throughout the event there were some nice effects especially one that I won’t spoil but was absolutely terrifying. The effect worked perfectly with excellent timing from all actors involved.

The Sessions House of Horror is another new event for 2020 and is based in a former courthouse in the centre of Spalding, with a large car park nearby. We headed there on the Friday before Halloween for our second event of the evening on the penultimate night of their limited run in the last week of October.

Seeing the building first was seriously impressive, the architecture works perfectly for a scare event and it was brilliantly lit up in red. There was a short queue outside the gates and again before entering the building. COVID and usual safety precautions were well accounted for at the beginning and throughout. One aspect that was different to any other event we’d visited this season was that mixed groups were going through together. They attempt to ensure social distancing between bubbles by having people spaced out on a section of rope that you keep hold of throughout the event. As a concept it worked reasonably well, though it is still possible to get too close to people and we’d have preferred to have gone around just in our bubble, but sadly this wasn’t possible due to the popularity of the event.

On to the event itself and Sessions House of Horror was one of the most fun, entertaining and well executed we’d been to all Halloween season. It covered all of the classics and had a good mix of more theatrical elements, which occasionally added to the distractions, as well as traditional jump scares. There was a fun simple puzzle aspect to the one part of the event, which also gave them the opportunity to switch the order in which we went through the remainder of the event, which is always a nice touch and shakes things up a bit especially as it lasted for about 35 – 40 minutes.

The homage to a familiar Dungeon scene was well done, and there was one brief element of touching one of our group, but that was it and was through multiple layers of fabric. The interior of The Sessions House was also suitably impressive and varied, from the traditional court room to the original cells. All in all we were impressed with what they had managed with the existing space. The use of sounds was great throughout, especially in the blindfolded section.

Usually we’re not massive fans of hooded / blindfolded sections, but felt that what was executed here worked really well especially with one audio and flooring effect combination. We were tempted to take a peak to see how that was done, but preferred to remain ignorant, but speculative. The next scene in a creepy church could have perhaps done with an additional scare or two.

The highlight though for us was the scene that took place in the corridor, through and inside one of the courthouse’s holding cells. This was really fun, with some great simple effects. Something that we felt could be built on even more in coming years and in our opinion could have led to a much more impactful ending rather than the slightly jarring finale that didn’t quite live up to the rest of the event.

All in all we had a cracking time at The Sessions House of Horror, easily one of the best events we visited this year and impressively so, given that this was the first year of running. We’re really looking forward to what they do in the future. Fingers crossed they will be back in 2021, if they are and you can make it to Spalding, we’d highly recommend it.

One thought on “Sessions House of Horrors Spalding Reviews”